3D ultrasound is a test that is very useful in fertility testing for women within the field of imaging techniques.

Ultrasound scans include a visualization of the uterus in order to rule out the presence of myomas or conditions affecting the uterine muscle such as adenomyosis, which can impact on reproduction. The morphology of the endometrial cavity is also assessed through 3D technology, so that if no abnormalities are found, there will be no need to perform a hysteroscopy scan. The three-dimensional probe makes possible to identify or to rule out uterine malformations, such as uterine septum, and to see whether or not the endometrial cavity is affected by myoma. 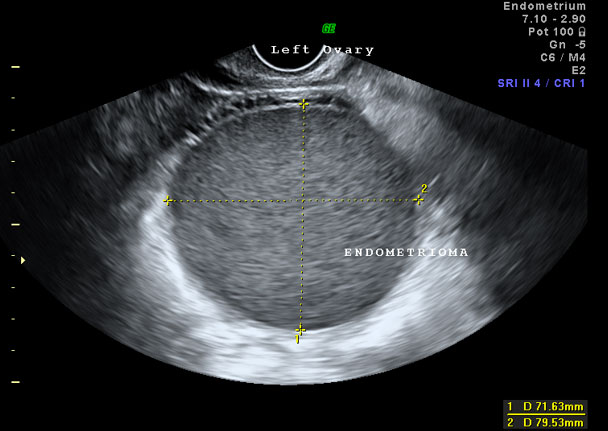 3D Coronal plane image of the uterus, in which a malformation of the uterus can be seen (a bicornuate uterus). 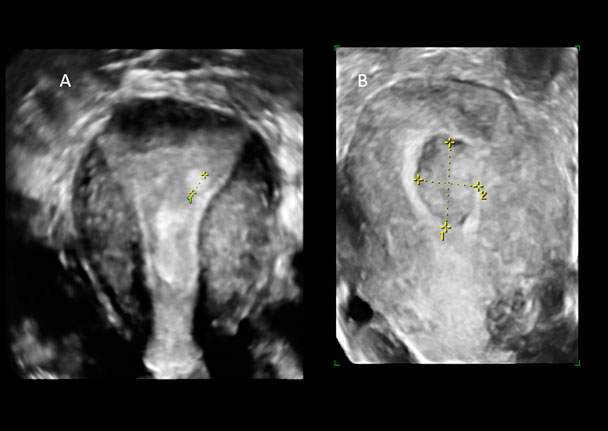 3D coronal plane image of the uterus, in which an endometrial polyp can be seen (A) and a submucous myoma (B) which distorts the endometrial cavity. 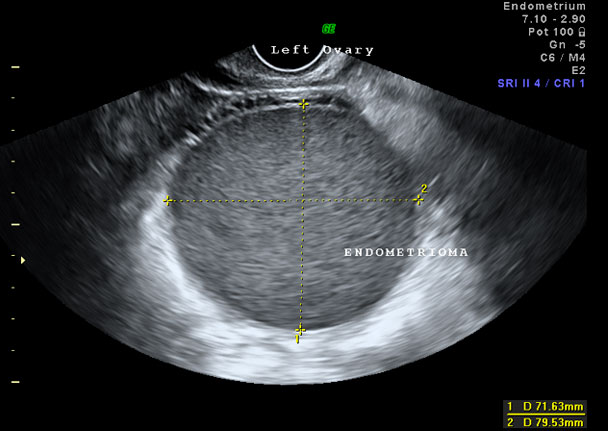 Image of a cyst on the left ovary compatible with endometrioma.

As well as the uterus, we look at both ovaries; and carry out an antral follicle count. This is an ovarian reserve marker that is complementary to blood markers and helps to predict ovarian response during the ovarian stimulation treatment.

Lastly, we screen for pelvic disorders such as endometriosis, which is the presence of endometrial tissue outside the uterus, and is associated with sterility. In some cases only the ovaries are affected in the form of cysts (endometriomas), but very often it is also present in the form of solid tissue behind the uterus, vagina, urinary bladder or the rectal wall. In women who are suspected to be suffering from this disease given their symptoms (menstrual pain, or pain on sexual intercourse among others), they are tested with a bimanual examination, and we look for the presence of endometriomas or previous cyst surgery.

Ultrasound is carried out after simple intestinal preparation (a fibre and laxative free diet) in order to be able to visualise the rectal walls clearly, and identify or rule out endometriotic nodules with intestinal involvement, always introducing the ultrasound probe through the vagina. For women with severe endometriosis, the examination will include a review of the kidneys in order to check that the ureters are not affected by the endometriosis.

Image of the rectum obtained with an endocavitary ultrasound probe via the vagina. A: Normal rectum. B: Nodule suggesting the presence of deep endometriosis on the rectal wall. Both patients had intestinal ultrasound preparation prior to the scan.